Share a memory
Obituary & Services
Tribute Wall
Read more about the life story of Terry and share your memory.

Terry James Otto (T.O.), 78, of Swift Current, Saskatchewan, passed away on November 2, 2022, due to Myelodysplastic Syndrome and other complications.

Terry was born in Melville, SK, on November 13, 1943. As a young boy, he moved to Cabri, SK, with his mother and brother and attended Cabri School until the end of grade 6. He was an exceptional hockey player and played for the Cabri Bulldogs.

Terry went to the Saskatchewan Technical Institute in Moose Jaw, SK, became a Journeyman Mechanic, and worked for International Harvest in Regina, SK. He returned to Cabri and worked at Francana Minerals for a time before starting his backhoe loader business in about 1972. Terry was the owner-operator of Terry’s Trenching for 45 years and could operate the hell out of a backhoe. He enjoyed playing hockey, watching sports, fishing and scuba diving.

Terry is survived by his son, Kevin Otto and his nieces Sherry Koftinoff (Christoforatos) and Michelle Takushi (Christoforatos), step-nieces and nephews, along with friends.

In place of flowers, memorial donations can be given to the Swift Current SPCA.

The family of Terry James Otto wishes to thank Donnie and Jane Petersen, Adele Getz, Rod Baum, Jerome Corey, Kate Sloman, Kathy Thaxter, Darcie and Mike Young, Dr. Miranda Flora, the staff of House One at Cypress House, the Nurses at Clover House in the Meadows, Becky Watson, Shelby Dzaman, Melissa Fitzpatrick and the rest of the team at W.W. Smith Insurance, Morris Froslie and the team at Anderson Law Firm, Chance Chickoski and the team at MNP, Daniel Arendt and the team at RBC, Jackie Warren-Hunter, Jane Hughes, Elizabeth Myhre and the team at Warren’s Funeral Home, and Shannon Runcie and the team at eXp Realty.

Arrangements entrusted to Warren's Funeral Home. For further information please call 1-306-773-8831 or 1-800-267-6606, or visit our website at www.warrensfuneralhome.com and express your sympathy to family members on the tribute wall.

To send flowers to the family or plant a tree in memory of Terry Otto, please visit our floral store. 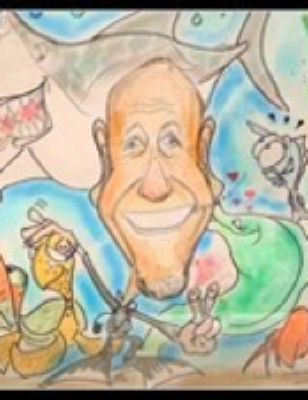 You can still show your support by sending flowers directly to the family, or by planting a memorial tree in the memory of Terry Otto