Share a memory
Obituary & Services
Tribute Wall
Read more about the life story of June and share your memory.

Wittrock (nee Tyson), June Gladys of Swift Current, SK, passed away on Friday, January 6, 2023 at the age of 101 years.  Funeral services were held on Wednesday, January 11, 2023 at First United Church with Rev. Annette Taylor officiating.  The ushers were Bruce Hage and Shane Brenneis.  The interment service took place at Memory Gardens Cemetery, Swift Current, Saskatchewan.  Pallbearers were Michael Wittrock, Michelle Niekamp, Stephanie Dyck, Todd Brenneis, Kevin Busse and Ryan Busse.  June is survived by her children: Barbara (Bruce) Hage, Marilyn (Shane) Brenneis, daughter-in-law Heather Wittrock, Stephen (Salina Zhao) Wittrock, Michael (Lori) Wittrock and Virginia Wittrock; by her grandchildren:  Michelle (Mathew) Niekamp, Tracy Hage, Stephanie (Todd) Dyck, Kathryn (Cole) Wanvig, Todd (Carrie) Brenneis, Anthony Wittrock, Julie (Eric) Wittrock-Addleman, Daniel (Michelle Bennett) Wittrock, Ryan Wittrock, Lena Liu, and Cameron Wittrock and by her great-grandchildren:  Leina, Easton and Ellie Niekamp, Tessa, Kessler and Dalton Dyck, and Braeden and Riley Wanvig, Talia Wittrock-Addleman, and Aria Wittrock.  June is survived by many nieces and nephews.  June was predeceased by her beloved husband of 48 years, Ray, in 1999; her much loved son, Raymond, in 2020, and three young children: Linda, Earl and Ina; her parents Anthony and Rosie Tyson and her sisters Edna Parson and Elsie Young as well as by Ray’s brothers and sister.  June was born on June 19, 1921 on the farm near Neidpath, Saskatchewan.  June attended Neidpath School, taking Grade 12 in Moose Jaw.  June was involved with farming her entire life except for her years of service in Ottawa during World War II.  During her lifetime June participated in many church activities including the role of secretary for many decades for the United Church Ladies, first in Neidpath and then in Swift Current.  June loved her family and her farm.  She also loved music and as a child took violin and piano lessons.  She gave music lessons to many children in the Neidpath community.  June enjoyed playing in bands once she moved to Swift Current in 1999.  In June’s memory, donations may be made to a charity of your choice.  Arrangements entrusted to Warren’s Funeral Home. For further information please call 1-306-773-8831 or 1-800-267-6606, or visit our website at www.warrensfuneralhome.com and express your sympathy to family members on the tribute wall.

To send flowers to the family or plant a tree in memory of June Wittrock, please visit our floral store.

Video is available for this event 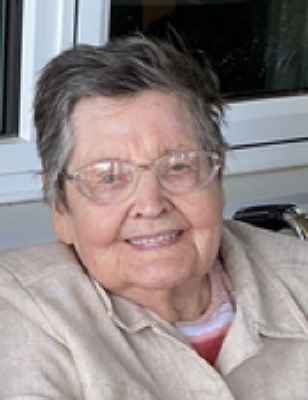