Share a memory
Obituary & Services
Tribute Wall
Read more about the life story of Gordon and share your memory.

Gordon Stephen Lightfoot, 74, passed away on Saturday, November 26, 2022 at the Cypress Hills Regional Hospital in Swift Current, Saskatchewan. Gordon was born in Swift Current to Ted and Florence Lightfoot and grew up on the family farm near Burnham, Saskatchewan. He attended Ashley Park, Central, and W.A. Beatty schools in Swift Current. After completing a year of Engineering in Saskatoon, he decided that farming was his passion and returned home to farm with his father and his Uncle Doug. He eventually took over the farm and continued to farm until his death.
Gordon was an active member of the Burnham community. He was a member of the 4-H Club, the Burnham Fastball team, and the Burnham Community Club. One of Gordon’s first off-the- farm jobs was as a linesman for the Bigford Rural Telephone company which served the Burnham community. Gordon enjoyed the lifelong friendships made through these activities.
Gordie grew up in a family that valued community service. This inspired his lifelong commitment to the broader community and the cooperative movement. In 1973, Gord joined the Swift Current Agricultural and Exhibition Association where he served in different capacities until 1996. From 1975 to 1982, he was a Saskatchewan Wheat Pool delegate for the Waldeck district.
In 1981, Gordon was elected to the board of the Western Credit Union which, after several amalgamations, would eventually become Innovation Credit Union. During his 41-year commitment to the Credit Union, he served on boards at the local, provincial, and national levels where he held many leadership and board roles including President of SaskCentral (Credit Union Central of Saskatchewan). He valued the close friendships that he made through the time spent working on these boards. In 2016, the Canadian Credit Union Association inducted Gordon into the Credit Union Hall of Fame. In 2022, he received the Saskatchewan Cooperative Association Lifetime Cooperative Achievement Award.
Gordon lived his life with integrity. He set a wonderful example for his family and was always there when they needed help. Uncle Gordie enjoyed a special relationship with each of his nieces, nephews, great nieces, and great nephews. His nephews and great nephew had the opportunity to work with Gordon on the farm. The Lightfoot farm has always been a special place for the family. Gordon enjoyed taking the family on crop tours, giving combine rides, and showing the changes made to the farm.
Gordon is survived by his brother Alan (Lynda) Lightfoot, sister Gwen (Lorne) Uher, and sister Karen (Allan) Ruus, niece Danielle (Chris) Pool and their children Erykah and Nikhil, niece Erin (Mark) Gehl and their children Max and Remmy, niece Katherine Uher, nephew Michael Ruus (Natalie Speth), nephew Garvin (Stephanie) Ruus, nephew Greg Ruus (Calvin Seaman), cousins Sandra (Larry) Hill and family, Stewart Wells (Terry Toews), Greg (Kathy) Lightfoot and family, Holly Lightfoot, Sharon Russell and family, Leona Murray (Carl Halvorson), Marjorie McInnes and family as well as numerous cousins in Ontario.
A family celebration of Gordon’s life will be held at a later date. Gordon and his family appreciated the compassionate and professional care he received during his brief time spent in the Cypress Hills Regional Hospital. For those wishing to give a donation in Gordon’s memory, please consider the Noble Irwin Regional Health Care Foundation - 2051 Saskatchewan Drive, Swift Current, S9H 0X6. Arrangements entrusted to Warren’s Funeral Home. For further information please call 1-306-773-8831 or 1-800-267-6606, or visit our website at www.warrensfuneralhome.com and express your sympathy to family members on the tribute wall.

To send flowers to the family or plant a tree in memory of Gordon Lightfoot, please visit our floral store. 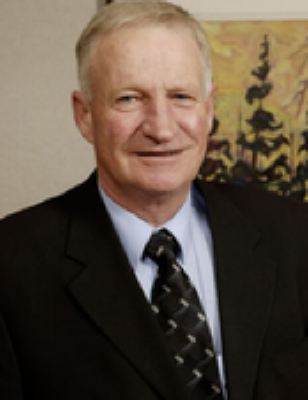 You can still show your support by sending flowers directly to the family, or by planting a memorial tree in the memory of Gordon Lightfoot